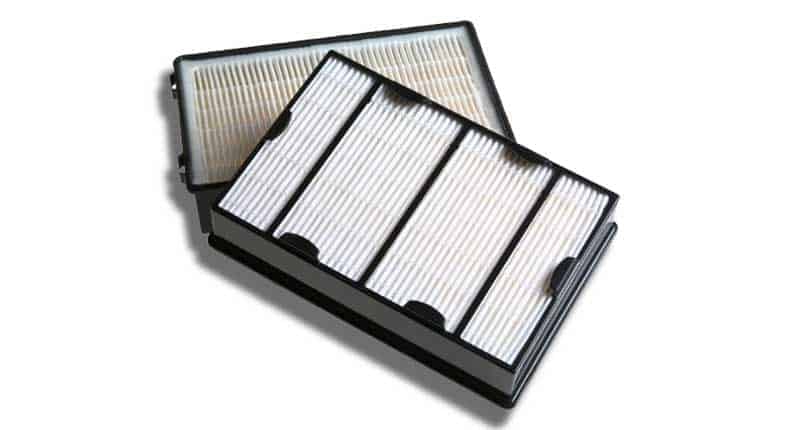 There is a tendency to believe air pollution is only outdoors; however, that may not be true. At times the air inside a house can be full of pollutants such as dust mites, dirt, and other things brought in from the outside. Air pollution on the inside that comes from these may cause lung irritation. It can also lead to asthma or allergies with long term exposure.

But if you try to vacuum up all this mess, it doesn’t do the job well enough. It merely moves around the dirt, and even if the vacuum’s filter traps some of it, the remaining dust and debris fly back out into the air. People with breathing issues could get relief if they get a HEPA or “high-efficiency particulate air type” of air purifier. You can also get these filter types for your vacuum. It is entirely worth investing in this kind of filter if you have breathing issues. Here is more on the way HEPA filters operate.

The most accessible sort of filter is a strainer with some openings large enough to allow individual particles to be trapped, but small enough, so others get out. A few vacuums have such filters that keep more significant dirt and dust particles from getting out. However, what about the tiny particles of dust or dirt? There are ways to stack filters or create one that deals with microscopic particles, but when it comes to vacuums, this quickly clogs them up, and they stop working. Plus, it would take a much stronger engine and would make the vacuum cost too much to make it worth producing it.

A HEPA filter in a vacuum usually employs two very differing processes for cleaning the air. Initially, an outer filter acts as a sieve and prevents the bigger particles of hair, dirt, or dust from getting out. Inside that filter is a contraption similar to a folded-up piece of paper that traps the smaller particles. It is a kind of mat made of extremely dense glass fiber, which differing from gauze, does more than merely keep out smaller particles as sieves do.

In its place, it employs three kinds of methods to trap the particles of dust as they go through the moving stream of air. When air is moving at high speed, a few of these particles get caught, they are trapped when they run into the glass fibers, and some get snagged by the material when they attempt to get through them. When the air is going slower, the particles of dust usually travel at random through a filter, which is called the Brownian movement (named about Robert Brown, a botanist from Scotland). These particles end up sticking to the fibers. When used all together, the three methods let a HEPA filter catch both large and small particles based on a precise targeted size.

HEPA was initially created in the nuclear industry for cleaning up hazardous, radioactive fragments. Luckily, the majority of people never need to worry about that; however, HEPA filters are also quite valuable and vital for cleaning up dust and dirt in workplaces and factories when the products they make cause this during manufacturing.

The US National Institute for Occupational Safety and Health or NIOSH defines a real HEPA filter as one which traps 99.97 percent of the dust fragments with a diameter of 0.3 microns (in which a micron is one-millionth of a meter). There is nothing especially noteworthy regarding this size of particles; it’s merely the size that’s most prone to be able to get through a filter, along with bigger or tinier particles getting trapped very successfully.

For measurement purposes, an average strand of human hair is about a diameter of between 50 and 150 microns, which means HEPA filters trap particles hundreds of times smaller. The harsh, sooty type of particulates spewing out of the exhaust from diesel cars is commonly labeled PM10. This means they are smaller than ten microns. Or sometimes they are called PM2.5, which is lesser than two and a half microns. This shows a HEPA filter works on a scale that is 10x smaller, at least. A pure HEPA filter is hugely more sanitary than one that isn’t, as it prevents things like mold spores, viruses, and bacteria. It cleans on a microscopic level.

For filters employed to use for respiratory gear, NIOSH identifies nine distinct grades, centered on three efficiency levels. These are 95, 99, and 99.97 percent. It also defines three resistance levels for filter degradation, which are N, R, and P. To explain these, the N stands for not being oil-resistant, the R stands for being resistant to oil, and if there is a P, then it is oil proof. Therefore, for example, a filter may have a label saying it is N95 so that it wouldn’t be resistant to oil, but it would be 95% effective.

You could additionally find a HEPA filter with the classification of A through E, dependent on how efficient they are at capturing particles as well as resisting the flow of air. For instance, A-rated filters do meet the lowest level of acceptance, and E rated filters are the best, as they are a military-grade style of a screen, which means they can trap things like radiological, biological, and chemical particles. Plus, another classification is used to show if the filter is resistant to fire (type one) or is partly combustible (type two).

For instance, Dyson vacuums have 2 HEPA filters; one is at the top and one on the bottom of its dirt bin.

Things to contemplate before purchasing

Anyone who suffers from allergies still may not think all those classifications help them in deciding to buy a regular vacuum or air purifier. The majority of folks need to remember to purchase a genuine HEPA filter. These get rid of 99.97% of the particles as small as 0.3 microns and can be called “true” or “Absolute” HEPA. Stay away from products with ambiguous, pointless descriptions such as “HEPA-like” or “HEPA-type” which are not quantified at all. A real HEPA filter always quotes the numbers. A few pro-grade vacuum cleaners come with other methods to deal with the particles which are tinier than the specified 0.3 microns, like using activated carbon pieces (comparable to what is used for water filters). Ultimately, if you require an industrial-strength version of air cleaning, there is a stronger standard defined as Ultra-Low Penetration Air or ULPA, which catches 99.99% of particles sized 0.12 microns and over.

Understanding a little on the way a filter works is vital when you need to determine which one to purchase. Vacuums with real HEPA filters will direct practically all (more than 90%) of a polluted airstream via its screen, and if it does not, then it is merely moving that dirt around. A HEPA filter obstructs airstreams in vacuums. It requires high suction to move the air past every complex fiber. That is the reason a vacuum cleaner that has a real HEPA filter requires a powerful engine, and if it doesn’t have it, it won’t clean very efficiently.  An air purifier with a HEPA filter has a stronger consumption of power for the exact reason meaning they cost more to use for longer timeframes and are louder than competing technologies, like photocatalysis, which works differently. HEPA filters additionally must be cleaned or replaced regularly, and that makes it cost more to use them, so you may wish to see what a new filter costs before buying them.

link to Renewable Energy: Solar vs Wind Energy
What is best for your situation? Contents show 1 What is best for your situation? 2 The considerable takeaway: residential homes are better off using solar energy 3 Solar versus wind: comparison of the best renewable energy sources 4 Solar power related to wind power 5 What about other renewable energy options besides solar or […]
Continue Reading
link to Fallout Shelter Basics
The concept of a nuclear fallout shelter isn’t new. As far back as the Cold War, countries all across the world have invested in the production of nuclear fallout shelters in the event of an emergency. Primarily these were built to protect government officials and small communities in the event of fallout, however, these shelters […]
Continue Reading