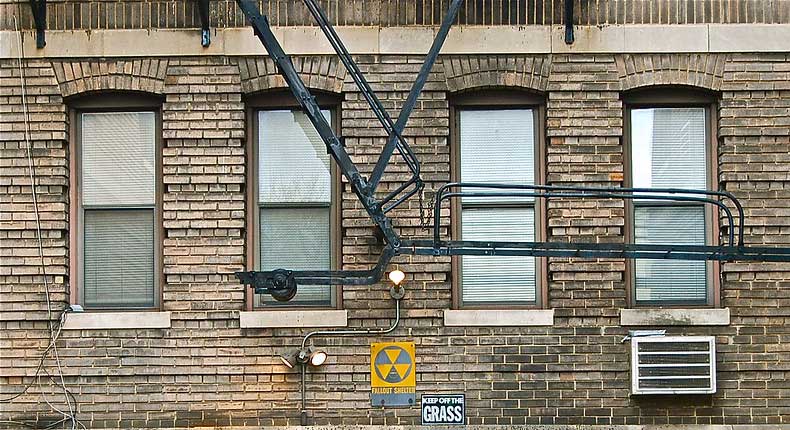 The concept of a nuclear fallout shelter isn’t new. As far back as the Cold War, countries all across the world have invested in the production of nuclear fallout shelters in the event of an emergency. Primarily these were built to protect government officials and small communities in the event of fallout, however, these shelters have now been developed and designed for commercial use in recent years.

While the thought process behind building a fallout shelter may seem morbid, it isn’t as bad of an idea as some would lead you to believe. A fallout shelter, much like any form of insurance policy, is best utilized as rarely as ideally possible, if ever. It is a safety net that you hope you will never have to fall back on. However, in the unlikely event of a catastrophe, you will be glad you have one.

Fallout shelters are not necessarily for nuclear cataclysm only, however. They can be utilized in the event of any above ground disaster in which you would want to seek safety, and shelter. So, what goes into the building, and stocking of a fallout shelter? What is the process of purchasing one, and preparing yourself?

Let’s take a look at the basics of fallout shelters in general.

How do Fallout Shelters Work?

Upon detonation of a nuclear bomb, the primary initial damage will come from the extreme heat emitted by the blast. The following damage will leave fallout, destruction, and radiation in its wake. The amount of damage that a nuclear bomb can create depends on the size of the bomb itself. A one megaton nuclear bomb will have an immediate blast radius of two miles, and individuals within five miles of the blast will withstand third degree burns, among other damage.Those outside the blast radius, will still have to deal with radiation, and radiation sickness.

This is where fallout shelters for protection come into play. The main purpose of a fallout shelter is to shield those inside from nuclear fallout. This fallout occurs immediately after the blast, when radiated particles of ash and earth are sent throughout the air and come raining down on the area hit. Fallout shelters are designed to reduce radiation exposure down to 2.5% or less, of what a person outside of the shelter would be exposed to. Anything more than that could still prove dangerous to those inside.

Government experts advise that individuals within a fallout shelter immediately after a nuclear blast should remain within the shelter for a minimum of two weeks before returning to the surface. This is to ensure that the radiation has dissipated, and the nuclear fallout has settled. Of course, this means that your shelter should always be fully stocked.

What Survival Items Should be Inside Your Fallout Shelter?

Zombie apocalypse films will lead you to believe that you should stockpile your shelter with ammunition and weapons. However, that probably isn’t the best use of your limited available space. You will need as many survival centered items as possible to ensure you make it through the two weeks of waiting. While you may immediately jump to what types of food stores you will have, experts say that even food is not the best use of your storage space.

Humans can survive fairly easily for two weeks without food, albeit uncomfortably. However, you wouldn’t last long without water. Experts say that you should plan on 3.5 gallons of water per person for two weeks, of course the more the better. As most fallout shelters are only suggested to remain occupied for two weeks at a maximum, you should not concern yourself with stockpiling several months worth of food, and fuel. Basic non-perishable foods that can sustain you, and lots and lots of water is what you should be focusing on. Anything above and beyond that will come down to your own personal preference.

While you should never hope for a chance to need a fallout shelter, you never want to find yourself in a situation where you will regret not having one. In the end, a fallout shelter is an insurance policy against potential disaster, that you may end up using for situations besides nuclear fallout. You may be faced with being in the path of a dangerous tornado, or with government crisis where being home in your house is not safe. Fallout shelters are designed for these instances as well. Overall, it is always best to have a safety net, and never need it. Than to need it, and not have it.

Whether you purchase a professionally installed shelter, or build one yourself, a fallout shelter is never a bad idea.

link to Renewable Energy: Solar vs Wind Energy
What is best for your situation? Installing a renewable energy method is always a great idea. Having one on your land, home, or business is a great way to lower your electric bills as you additionally lower your effect on the natural environment. Frequently, you must decide if you will use wind or solar energy. […]
Continue Reading
link to HEPA Air Filters
There is a tendency to believe air pollution is only outdoors; however, that may not be true. At times the air inside a house can be full of pollutants such as dust mites, dirt, and other things brought in from the outside. Air pollution on the inside that comes from these may cause lung irritation. […]
Continue Reading